Fact or Fiction: Spotting the Truth About Dalmatians

The Dalmatian is one of the easiest breeds to spot in a crowd of dogs, of course helped by their snow white coat and spotted combinations. Since entering the limelight many misconceptions about Dalmatians have popped up. If you’ve seen an animated or live action version of the spotted pups, you will assume if they were just Labrador Retrievers with spots, this is definitely not the case. Many misconceptions can be traced back to early breeders themselves not understanding the temperament and common health problems the breed faces. This uniquely spotted coated breed has been around for hundreds of years and continuing below we will touch on some of the misconceptions and confusion that have developed over time. While they make incredible pets, it is crucial to understand the breed prior to adding a Dalmatian to your family.

Many misconceptions can be traced back to early breeders themselves not understanding the temperament and common health problems the breed faces. Most common probably being that they are born with their spots, when in fact they are born pure white and later develop  their spots. While many tend to be black spotted, their white coats can have a numerous variety of colors, and some time on a rare occasion are tricolored. This uniquely spotted  breed has been around for hundreds of years and continuing below we will touch on some of the misconceptions and confusion that have developed overtime.

1. Dalmatians are aggressive and high strung

Over the years this misunderstanding about the breed has grown. A surge of overbreeding and high abandonment rate have followed after several of the title films about them were released. Families wanted to have their very own spotted companion, but were unaware of the pets true personalities.

Dalmatians are a very energetic breed that thrive on activity and play time. They are not a breed that can be left for their own devices. Dalmatians need interactive playtime with their humans to be their happiest. When this high energy breed doesn’t get the activity they need, like many other breeds they can become destructive out of boredom.

When they are properly socialized and exercised daily, roughly 2 hours at least, they will be much happier and easier to manage. Their high energy levels is what made them incredible firehouse dogs, able to run with horses and manage to clear the streets for the fire carriages. Their high energy levels and personalities that tend to have them want to stay right by their families side may make them seem aggressive, or high strung, but this can be easily erased if they have the proper outlets and attention they need. This is a reminder that if you are looking for a dog it is always important to pick one that goes with your lifestyle and not just based on their looks. This is for both your, and your dog’s mental health and happiness.

2. Being the title breed in several movies helped get the word out about the breed

While the lovability of this breed is well deserved, being the stars of several popular and well received movies was not a positive thing for the breed overall. Children understandably fell in love with the breed they saw on the silver screen and parents rushed to get their children a spotted puppy of their own. This caused cases of inbreeding to rise, as the demand for the breed rose.

As with any other dog breed, along with a rise in breed popularity we also see a rise in health issues caused by poor breeding. Creating a slew of health problems and behavioral issues not helped by the fact they were treated as a gift instead of a member of the family. Families who didn’t understand the breed’s needs and purchased through potentially unsavory mills and backyard breeders complained of excessive medical issues and temperament issues. This can be traced back to people not understanding the breed and not keeping up to breed standards for healthy breeding.  With each movie they are heavily featured in this vicious cycle tends to continue, and sadly shelters tend to see a large spike in abandonment or “returns” for this distinctive dog.

3. Dalmatians are NOT family dogs and should not be around young children

This is a common misconception which can be traced back to the breed not being properly socialized and exercised. Dalmatians can be excellent family dogs. While the breed can be very energetic they can also be very gentle and are a great family pet. This is something I can say from my own experience, as I was lucky enough to grow up with my very own Pongo from a very young age. This breed loves attention and children are always great at doing this!

Luckily we had an acre of land which helped us properly exercise our companion so he was able to relieve his excitement in a positive way, and then come inside for cuddles and a rub down. While breeds have overall temperaments usually that can be attributed to them, every dog is different and some may be better suited for older children, while others have no issues with smaller children. This is not to say they do not like children but their energy and need for constant attention may be too much for some toddlers. These dogs are tail waggers, and that tail is covered with a short coat and is not something you may want to keep your small children away from to not get bruised.

4. Dalmatians cannot be trained due to their temperaments and lack of intelligence

As you may have noticed throughout this article this has been proven false already. One of the most common issues Dalmatians are susceptible to is being deaf. A large percentage of Dalmatians are born without being able to hear in at least one ear, and still a high percentage of them without the ability to hear all together.

Around 30% of the breed in total has some form of hearing deficiency. Because of this early breeders, who didn’t realize this thought the breed was stubborn, or even dumb. This is not the case, when in fact the hearing impairment of a large number of these dogs had meant they needed to be trained in different ways. When getting a Dalmatian with deafness of some kind is possible, thankfully vets are able to test your puppy at 5 weeks of age. Recent studies have shown that because of selective breeding these rates of deafness are starting to decrease.

The stubbornness issue can also be linked back to them just not being able to hear, but there is no definitive answer saying that Dalmatians are 100% much more stubborn than any other breed, with an owner that understands the breed there shouldn’t be a large issue with this.

While Deafness is very common with Dalmatians, and overall they are actually a very healthy breed, aside from two other frequent health factors. The first being issues with urinary stones, and due to their coat they can also have issues with skin allergies, so feeding them the proper diet and keeping them on proper flea and tick preventative can be of great help in reducing that issue.

Being able to discuss this breed and helping to change negative connotations on the breed has been a goal of mine for a long time. As a young kid I too was enticed by the breed because they took center stage in. I dreamed of having my very own Pongo, and one day at an adoption event I was able to have that dream come true. Laying in a kennel next to a variety of other dogs was my dream dog, appropriately named Pongo.

They say you should let the dog pick you when you go to adopt and not the other way around, and that is exactly what happened when he looked up and smiled at me. Something he would do whenever I came home. This dog, this breed is what helped me to develop my love for dogs in general and truly helped shape me into the dog lover I am today, and I hope no matter the small effect this article has had it may sway you to see this incredible breed in a better light, and give you a better understanding of them. 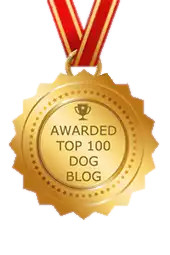 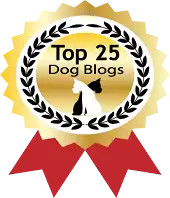