It all started with a text from my grown daughter, Molly, who is living in Mexico: “Mom! I have a dog you guys should adopt! The sweetest angel ever. She’s a tiny puppy with a slightly disabled back leg. She can walk, but she also sits a lot because of it. Can we take her home?”

I knew Molly was more or less joking, because she was in Mexico and I was in New Hampshire. Yet . . . photos and videos quickly followed. “She’s really the cutest thing!” Molly gushed. 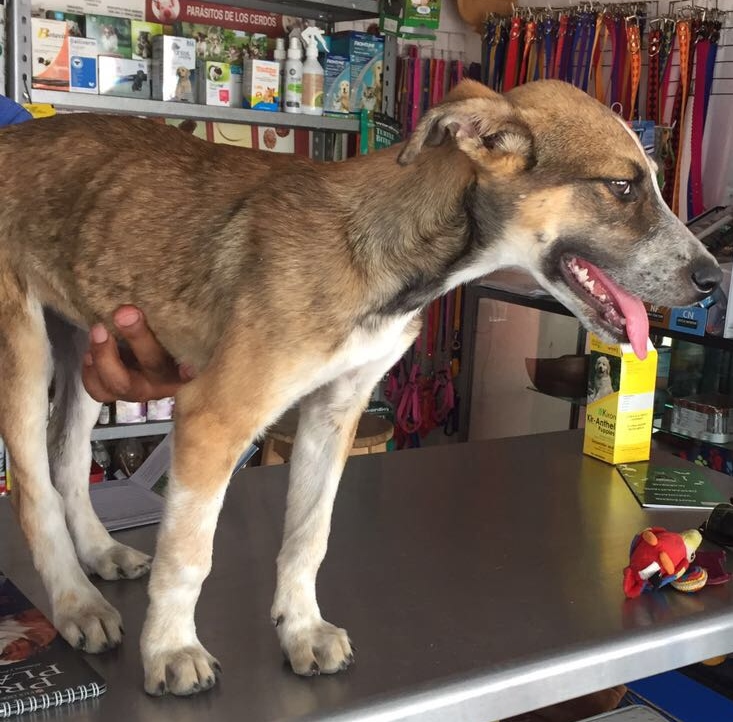 One video shows the puppy grabbing onto Molly’s shoelace and not letting go — smart dog! A few hours later, I received another text from Molly that she and her coworker, Mariam, had taken the pup to a local vet who dewormed the puppy and cleaned her up. Her hair was patchy and her ribs were showing. The vet estimated that she was about one month old.

The vet conjectured that the puppy had been hit by a motorcycle or had perhaps been kicked, injuring one of her hind legs. The good news was that it did not appear to be broken and would continue to heal over time.

The next morning I got photos of Molly and the puppy snuggling in bed in Molly’s hotel room. Sigh. Both of them looked in bliss. 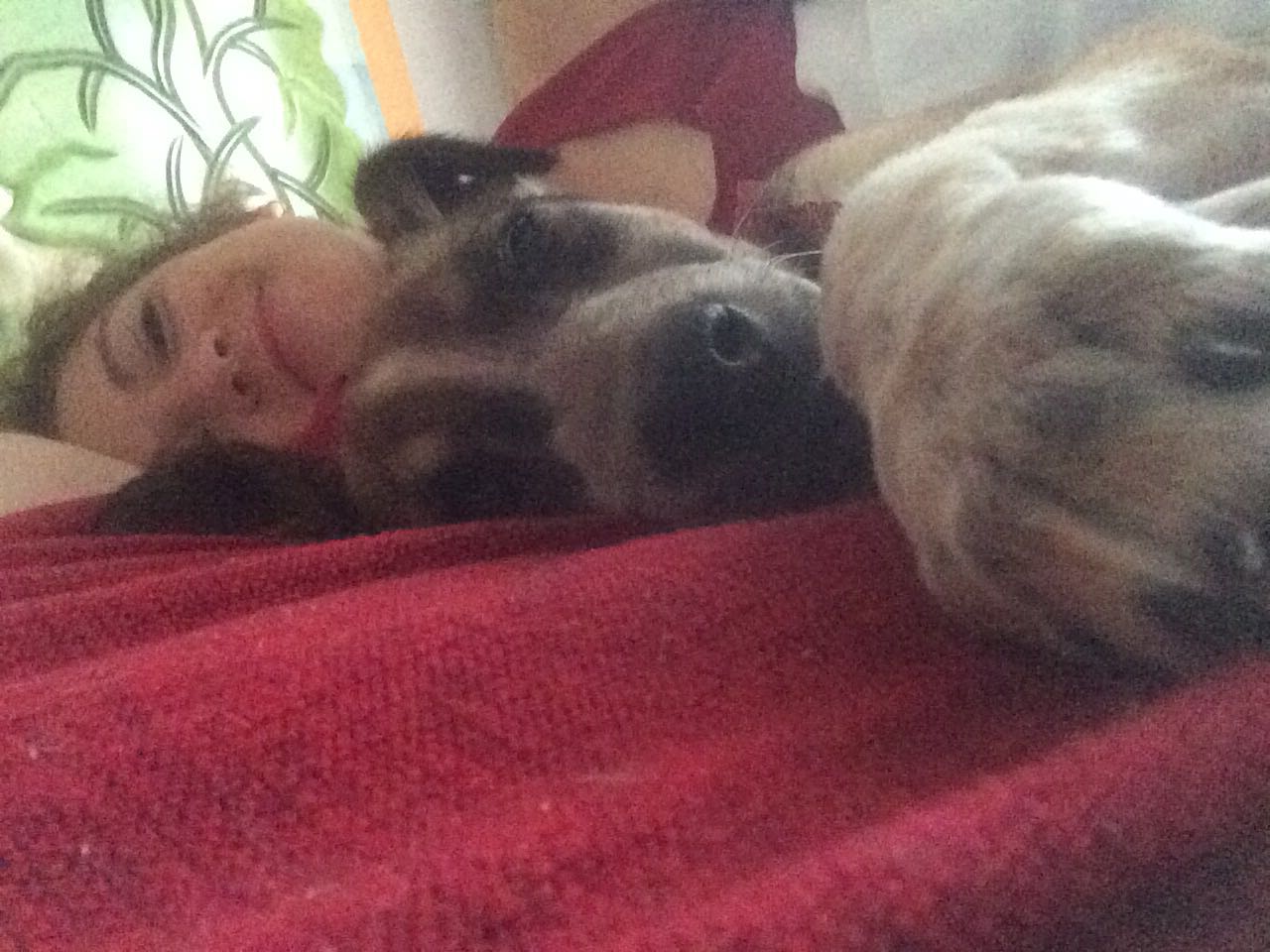 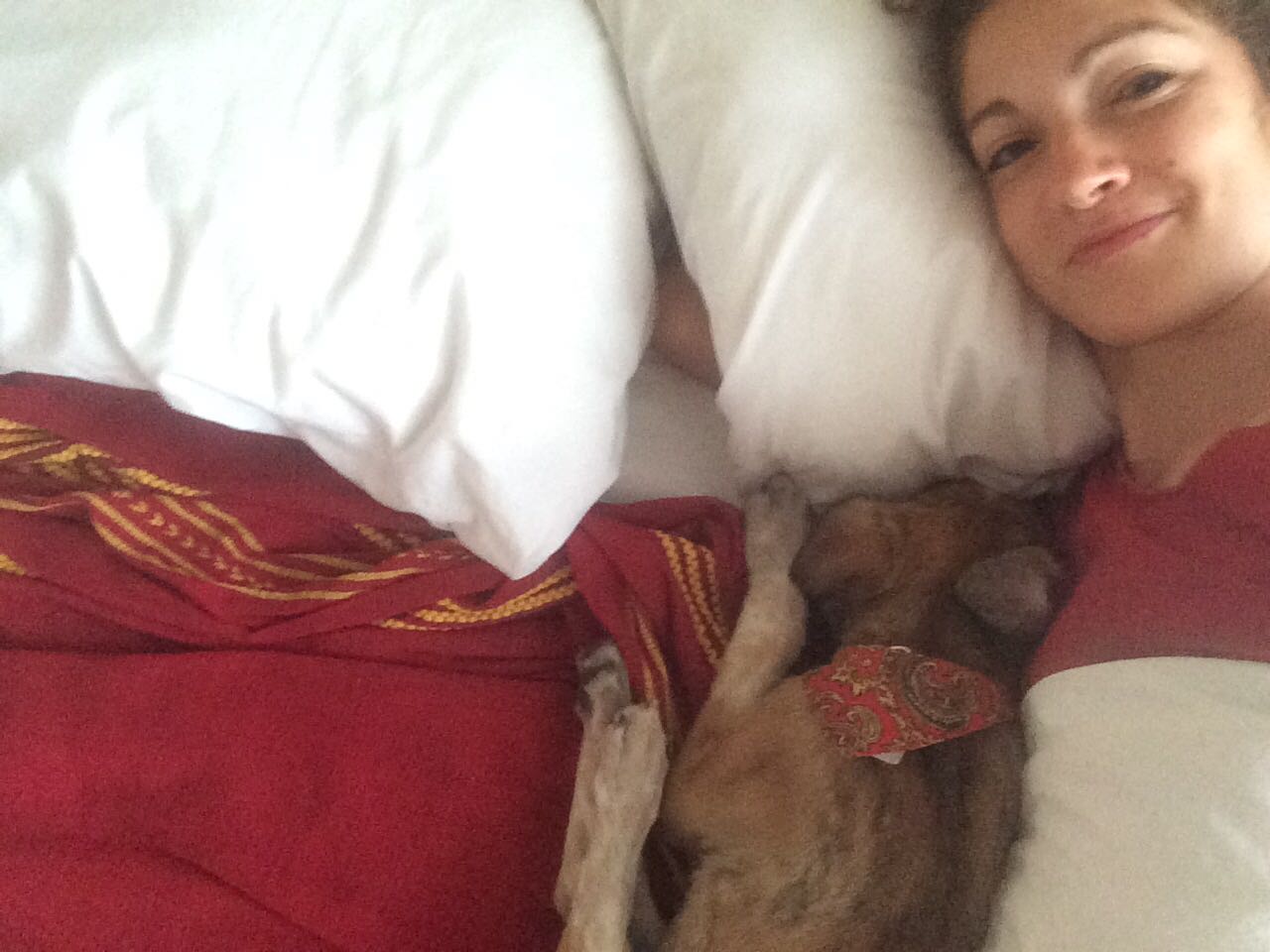 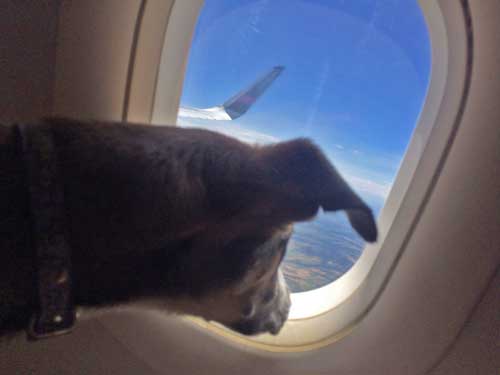 Molly and Mariam were on a field assignment in the state of Oaxaca when they found the puppy. They both live in Mexico City, roughly 300 miles northwest of Oaxaca.

The women flew back to Mexico City the next day with — surprise, surprise — the puppy on board.

Mariam’s family was in a position to foster the dog for a month or so. Both of the two young women simply felt like they couldn’t leave the puppy on the street, after finding out that strays are routinely rounded up and poisoned to keep the population down. The stray pup had already worked her way into their hearts.

Meanwhile, Molly asked me to help find a permanent home for the puppy. While Molly would have loved to keep her, her work requires a great deal of travel. She wasn’t in the position to give the stray puppy the time and attention she deserved.

It went like this: My coworker, Karin, sits at the desk next to me. I got Molly’s message, looked up from my computer, and told Karin that Molly was looking for a home for a stray dog in Mexico. Karin texted her mom, Una, who immediately texted back that she would take her. I just can’t help but feel that destiny was playing a strong hand with this lucky puppy!

Meanwhile, Molly took care of the requisite vaccinations for the puppy in Mexico. Una and Karin named her “Cali.” Cali would also have a canine sister; a little poodle named Lily.

Cali lived with Mariam’s family for about a month, and then with Molly for a couple of weeks before Molly flew home to New Hampshire with Cali in tow. The really lucky thing for them was that they boarded their flight on September 19 about  an hour before a huge earthquake hit Mexico City, which Molly found out about when they landed.

The two spent a few days at our home before bringing Cali to meet her new family. Molly was very much in love with the puppy, but knew that she was doing what was best for Cali.

We arranged for an initial meeting in the Walkin’ Pets office, so that Cali and her new canine sister could meet each other on neutral ground. Watch the video to see how that went!

The next day, Molly drove Cali to Una’s house, where Cali ran around in excited circles in the living room! Needless to say, it was very hard for Molly to say goodbye, but her heart was full, knowing that Cali was in such a loving home.

Cali’s had one heck of a journey in her short life. From being born on the streets of Oaxaca, getting injured, choosing my daughter’s shoelaces to latch onto on the street, finding herself snuggling in her hotel room that night, flying to Mexico City, living with Mariam’s family for awhile and then in Molly’s apartment, flying to the United States right before the earthquake hit, and finally, being embraced by a loving family and sweet poodle sister.

Destiny? Chance? Who knows. But I do know that she’s one lucky puppy! 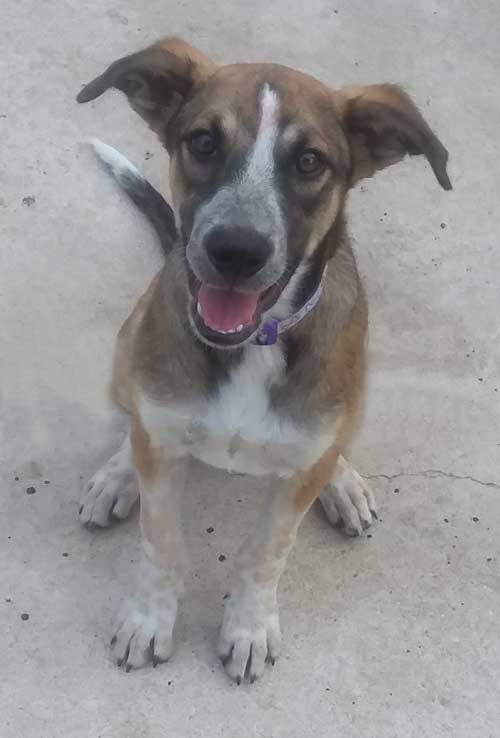 Did we answer all your questions on "mexican rescue dog"?