Miracle Dogs: Adventures on Wheels is a collection of heartwarming stories of dogs—and a goat – their owners, and their second chances. Written by prize-winning author Sandy Johnson, with a forward by the inventor of the Walkin’ Wheels dog wheelchair, Mark C. Robinson. 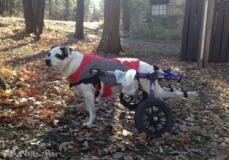 Jonas: Usually it’s a dog that is rescued by a family; this is the story of a dog that rescued a family. When Jim and Beverly Dennis, of Deer Park, Long Island, went shopping for a pound puppy in March 2008, they had no idea that their lives were about to change forever. 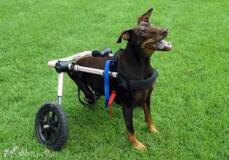 Calypso: Andrea and Blake Stewart, from Decatur, Alabama, were childhood friends at 12, found each other after 10 years, and married. Blake already had a six-year-old Doberman named Calypso; Andrea had two cats. The first time Blake introduced Calypso to his future mommy, the 65-pound pup promptly jumped onto Andrea’s lap and, marking Andrea as her territory, peed. It was love at first sight. 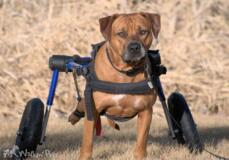 Duke: Andy Dennis is passionate about strays. Whether he is driving or on foot, when he spots a stray on the street, he pulls over to see if the dog has a collar; if it doesn’t, Andy sets about finding the dog a home. He lives in Des Moines, Iowa, with his wife and four dogs. One evening on his way home from the auto shop where he works as a mechanic, Andy spotted a handsome brown dog—a Ridgeback, possibly, or a Boxer—wandering around a food-processing plant not far from where Andy lives. 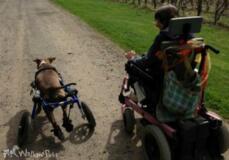 Kaya: Brady believes in miracles, and in angels, too. Her life is rich with both. She looks on as her grown daughter, disabled since birth, and her dog, partially paralyzed from a spinal injury, both roll down the road at her farm in their wheelchairs. All of them are glad to be alive on this cool, blue spring day. 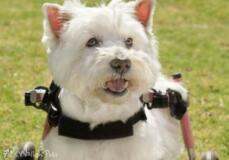 Hailey: On December 3, 1999, in the small town of Mount Barker in southern Australia, twelve-week-old West Highland White Terrier Hailey began her life as a member of the Pike household. She would be the third child to Matt and Jules and little sister to Hamish (another Westie) and Henry the Chinchilla cat, both a year older. Matt and his wife, Jules, both in their forties, had no human children. 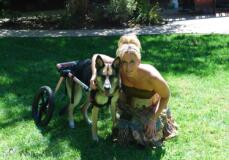 Madison: On a fine, crisp September morning in 2004, Michele Pinto and her husband headed for the airport in Newark from their home in Fort Lee, New Jersey, to pick up their new puppy, shipped from a breeder in Texas. There had been some discussion about the choice of breed. Michele had grown up with dogs and was a confirmed animal lover; even so, she had always had a fear of German Shepherds. 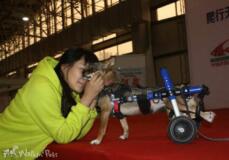 WangWang: WangWang’s story is both sad and heroic, very much like China itself. Her story is set in the beautiful, rich county of Ledong, in Hainan. Sometimes called a “green treasure house” and “a land of cashew nuts,” Ledong has a beautiful natural landscape and an ancient seascape that make it a popular tourist destination. But there is a dark side to this otherwise culturally developed county. 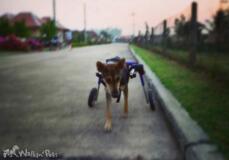 Coke and Soda: When Michael Baines first moved to a small coastal town in Thailand from his home in Sweden, he was shocked by the number of homeless dogs that roamed the streets in search of food. They were known to randomly attack an unwitting person and run off into the jungle. Michael, who worked as a chef, came to fear them. For eight years, Michael ignored the street dogs or chased them away. That all changed one cold November night. 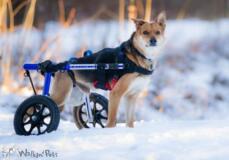 Omid: Miracle Dog was what the veterinarian called him when he examined the German Shepherd mix just after he was rescued. The dog had been living on the streets of Iran for years, feeding on scraps of food wherever he could find them. Until the day in the winter of 2011 when he was run down by a car and left to die at the side of the road. 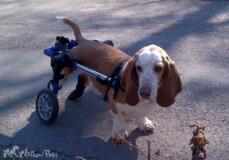 Puddy: Amy Boswell and her husband, Jason, live in Cass County, Missouri, about 30 minutes south of Kansas City, in a house on two wooded acres. On a soft April morning, Amy was walking all three dogs around her backyard. Puddy lagged behind—not unusual for a “smell hound”—and Amy turned to coax him along. But as he walked up to her, Amy saw that he was dragging his back, left toes. 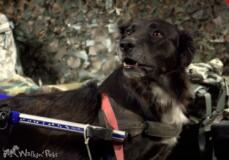 Scooter: This is the story of two souls, one four-legged, the other two-legged, who were meant to meet and fulfill their shared destiny. Together, TJ and Scooter are fulfilling the destiny that brought them together. 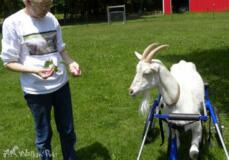 Thelma Louise: Tucked away in the northwest corner of Ohio, overlooking Lake Erie and situated on what was once the Native American trail used by early westbound pioneers, is a small piece of paradise for all creatures large and small that might otherwise be put down. It is called Storybook Acres Disabled Animal Rescue, which took in Thelma Louise, a six-month old goat with a broken ankle and suffering from brittle-bone disease. 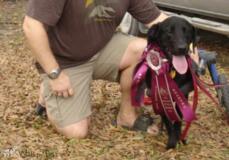 Dex: The absolute, unconditional love in a dog’s eyes as he gazes up at us teaches us a little more about how to be human, and for those graced with the heavy responsibility of being a caregiver to pets with chronic illness or disability, it inspires a deeper sense of compassion. This is the story of what former staff sergeant Curtiss Lindsay learned from Dexter, his four-year-old Labrador Retriever. He is a warrior, too—and a champion.