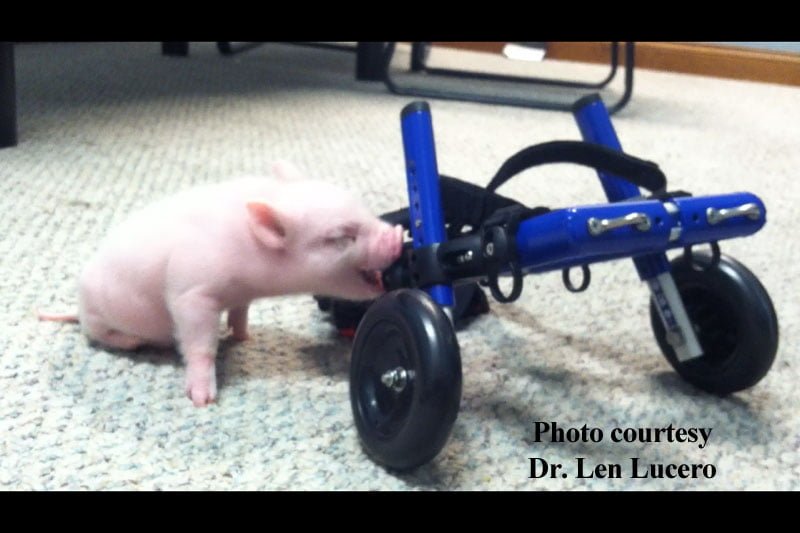 Meet Chris P. Bacon! He is the world’s first piglet to use a wheelchair.

HandicappedPets.com had the distinct pleasure of meeting Chris P. Bacon’s veterinarian and owner, Dr. Len Lucero, at the 2013 North American Veterinary Conference (NAVC) in Orlando, Florida. After watching the Chris P. Bacon video of a piglet using a wheelchair made of toys, HandicappedPets.com knew exactly what a growing handicapped pig would need – an adjustable Walkin’ Wheels dog wheelchair. It was a privilege to be able to assist Chris P. Bacon with his mobility needs, and we look forward to following his progress along with all of his fans, who first fell in love with his viral video!

Chris P. Bacon is also the star of the PBS Nature documentary program titled “My Bionic Pet” that originally aired on April 9, 2014 at 8 p.m. Eastern. You can follow Chris P. Bacon online at his Facebook page and on Twitter.