There are many legal issues that might impact you and your dog! Pet custody, animal ordinance laws, wrongful death, and orders for protection are just a few animal law areas of the legal system. Here’s what you need to know.

There are a growing number of law firms that specialize in animal law. Although there have been legal issues and evolving animal laws for centuries, law firms that focus on dog law is a relatively new phenomenon.

Significant animal law benchmarks over the past half century include the Animal Welfare Act (1966), the establishment of the Animal Legal Defense Fund (1979), and the founding of the People for the Ethical Treatment of Animals (PETA) in 1980. In addition, several large cosmetic companies stopped testing their products on animals in the late 1980s and early 1990s. And in 2008, dogfighting became a felony in all 50 states.

Despite progress, the bottom line is that animals are still considered to be “property” and cannot defend themselves. But pet law firms can!

Richard Bruce Rosenthal, Esq., is known as “The Dog Lawyer.” He was a recent guest on the “Happy, Healthy Pets” radio podcast on the “Animal Rights” episode.

As a dog lawyer, Richard is committed to representing the interest of “at risk” pets. He works diligently to educate society that dogs are not merely property, but are sentient beings with inherent rights.

A key component of Richard’s work is that he developed Pet Trust standing for animals. This legal mechanism has been used to save animals from execution in many states.

The Pet Trust standing allows for a Trustee to appear for and represent the dog’s interests. For example, owners might have financial or criminal liability issues related to property damage that a dog caused. Richard further clarified,

“Dangerous dog cases bring criminal charges with them. A defendant who is seeking to avoid jail  . . . or fines and financial liability, often has interests that diverge from the dog’s, which is to stay alive!”

As a result, the Trustee can now represent the dog separately from the owner. This often means the difference between a swift death sentence for the dog.

Richard developed his area of expertise around animal law because of a case involving a Greyhound in Rhode Island. Consequently, this evolved into a nonprofit organization, “The Lexus Project, Legal Defense for All Breeds.”

This legal advocacy organization that protects dogs has ongoing needs for pro bono lawyers, as well as volunteers to help transport and/or foster dogs.

If you and your dog find yourselves in a legal battle of any sort, educate yourself on dog law! Or become an advocate for the underdogs who do not possess a human voice and might need your help!

Go to The Lexus Project or The Dog Lawyer websites for more information.

Finally, to hear the radio podcast on “Animal Rights” and other interesting podcasts on pets, listen at this link: https://www.handicappedpets.com/radio.

Did we answer all your questions on "Dog laws"? 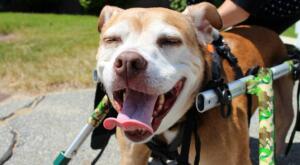 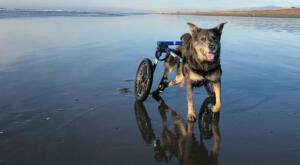 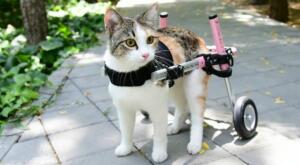