Teresa Paradis has made it her life’s work to help others. Believing in the importance of building a strong relationship between humans and animals leads to everyone leading a more productive life, she formed the Live and Let Live Farm’s Rescue and Sanctuary.

The Live and Let Live Farm in Chichester, NH is the home to countless different farm animals, including eighty horses! The non-profit for animals focuses on animal rescue and rehabilitation along with educating school children on the importance of animals. Although, horses are the rescue’s primary focus, there are other very special animals who call the farm home. Many of which were found in extreme circumstances and in need of extraordinary care. 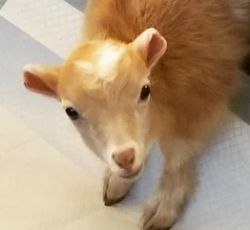 Ruby is an 8-week old baby goat, who was born just a few days after Valentine’s Day. She was born on an extremely cold day, Ruby was discovered hours after being born. By the time she was found she was freezing cold, and frost bite had already set in. Ruby’s rear legs were severely damaged and  to save her life, both of Ruby’s rear legs were amputated. Although her two remaining front legs are strong, Ruby will never walk normally again. 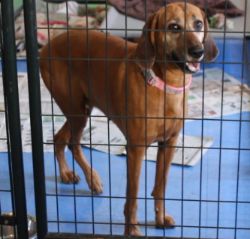 Senior Coonhound Aubie was recently surrendered to the Live and Let Live Farm. Due to a painful ACL tear, Aubie’s owners could no longer care for her. Aubie requires an expensive surgery to fix her knee. Additionally, the volunteers at the farm believe that Aubie may be pregnant with a litter of puppies. Until her condition is confirmed, her surgery is on hold. If found pregnant, she will have to wait until after her puppies are born before undergoing any corrective procedures. In pain, and unable to bear weight on her injured leg, Aubie struggles to get around. Only getting around by hopping or holding her rear leg completely off the ground. For now Aubie is living with her foster parents, and will be available for adoption after her surgery. Help is On the Way

With expensive medical bills looming from their most recent rescues, Teresa and the volunteers at the Live and Let Live Farm reached out to the local media to spread their story. When Walkin’ Pets heard their story, they took immediate action. Contacting the rescue and offering to donate two Walkin’ Wheels Wheelchairs to help the animals recover. Driving to Chichester the next day to fit Aubie and Ruby for their wheelchairs.

Running in Their Walkin’ Wheels

Aubie immediately took to her Walkin’ Wheels wheelchair. With the support she gets from her wheelchair, she is now able to move her injured knee without putting her full weight on it. She can now run circles around everyone else and with Aubie’s new found freedom, she’s acting like a puppy again. Currently living with her foster mom, she’s hoping to find her forever home soon! With the help of their brand new wheelchairs both Aubie and Ruby are on the road to finding their forever homes.

Watch Ruby and Aubie take their first steps in their Walkin’ Wheels:

Did we answer all your questions on "rescued animal"? 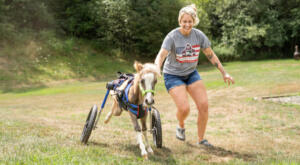 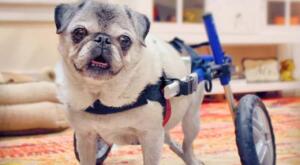 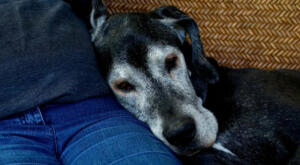