Warning: Some of the photos within this blog post show graphic images of canine amputations.

Joey’s P.A.W. (Prosthetics and Wheels) is a nonprofit (501c3) located in Pennsylvania, created to optimize the quality of life for special needs dogs. Their focus is on the acquisition of prosthetics and dog wheelchairs for dogs in need. Focusing on special needs dogs often brings founder Tanya Diable face to face with cases of animal abuse – which is exactly why she is doing this work.

Tanya and her husband Charlie already had four other dogs when she saw the photo of a dog named Joey on her Facebook newsfeed.

“I knew we were going to bring him home!” said Tanya. 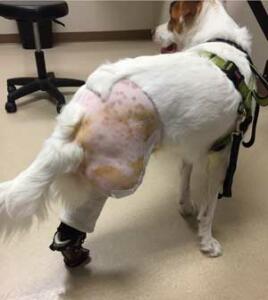 Joey, a Novia Scotia Duck Tolling Retriever, had been the victim of severe abuse. Rescued by Second Chance Rescue in New York, the six-week-old puppy was found on the side of the road with both rear legs intentionally cut off. He was fitted with two prosthetics for his nubs and had been in the rescue for close to a year before Tanya saw him online.

Tanya had to wait three months to get Joey, because first, he needed surgery. Once healed, Tanya and Charlie drove from Pennsylvania to New York to pick him up and bring him home. Tanya said,

“I knew in car on the way home that I had to turn what had happened to him into something good.”

And so, the inspiration for the creation of Joey’s P.A.W. was borne! Although Joey had several fairly intensive medical issues within the first year in his new home, Tanya says without hesitation,

“Joey is the happiest dog in the entire household! He’s so playful, and he smiles constantly. He’s such a joy!”

Tanya’s determination to turn what had happened to Joey into something good quickly manifested. Joey’s P.A.W. officially opened in August 2017. They have already helped many dogs get the wheelchair or prosthetics they need to become mobile again. Tanya’s hope is to touch as many lives as possible through Joey’s P.A.W.

“I want to help get dogs up and moving and help advocate for adopting special needs dogs. I’m drawn to dogs that aren’t ‘perfect’ – the dogs that nobody wants. I just have a heart for them. They’re just sitting there, perfectly fine other than they can’t see or walk. They still give kisses. They still want attention.”

“I saw firsthand the pain and suffering of what this dog went through mentally. It made me put more emphasis on Joey’s P.A.W. It means even more to me now.”

Photos of Boone’s rear legs, and then Boone in his new home and sporting a Drag Bag. 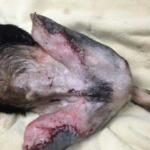 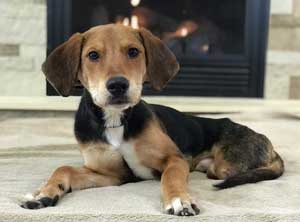 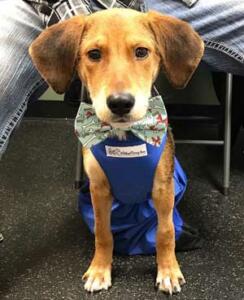 Be Part of It! 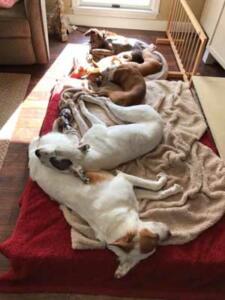 Joey’s P.A.W. recently ran their first local fundraiser. They’ve also partnered with Gunnar’s Wheels for wheelchairs, a nonprofit organization that loans wheelchairs to pets in need. Tanya works one or two days outside of the home, but the majority of her time is spent on Joey’s P.A.W. and her dogs.

Want to help? Check out their Adoptable Dogs page or make a donation to this worthy organization!

Take a look at Joey, who is doing well with his new Walkin’ Wheels, donated by the Walkin’ Pets Care Squad !

Did we answer all your questions on "Recued Dogs"? 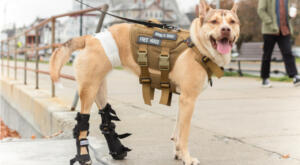 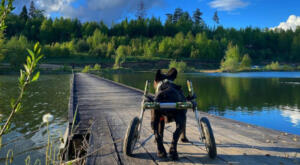 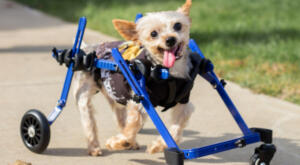 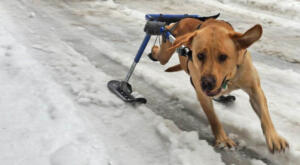