All female mammals produce milk, which serves as the first form of nutrition for their babies. The mother’s milk contains essential proteins, fats, vitamins, and immune-boosting effects on the health of their offspring. Weaning an animal refers to the gradual process of moving them off the mother’s milk and on to another form of diet. Typically, weaning occurs when a pet is making the switch to solid foods.

In most cases, this happens naturally as the animals grow less dependent on their mothers. But there are cases where, the mother might not be available, or the baby animal is unable to feed on the mother. A gradual process is started to move the animal from the mother’s milk to a different diet in such cases.

Naturally, kittens start weaning off their mother between four to ten weeks of age. The weaning process, even for an abandoned or orphaned kitten, should not be started before the time of 4 weeks. Kittens need their mother’s milk to develop immunity to diseases and become strong. Without it, their lives, at a few weeks of age, are at risk. Up to the ages of four weeks, kittens, if abandoned, should be fed special formula. The special formula is easily available at pet stores. Kittens must not be given cow’s milk. As cow’s milk can upset their stomach or give them diarrhea, which can also lead to other problems.

Kittens are very active and derive most of their energy from protein. And the milk replacer offered to them in the absence of their mother has to meet their specific requirements. During the first few weeks, their weight should grow to double or triple from where they started. Their growth in size and weight will be rapid but start slowing down as they reach the age of one year.

During the first weeks of their lives, kittens are extremely dependent on their mothers for everything. Including peeing and pooping, which the mother help’s by licking their regions for stimulation.

Feeding kittens during the first two weeks is very challenging. Between week zero and one, the kittens have to be bottle-fed milk every 2 hours, after which they will sleep and then wake up again to be fed. During week two, they have to be fed every 4 hours, after which they will fall asleep once more to wake up hungry. This process has to be continued even throughout the night.

During the age of three to four weeks is when the process of weaning can be started. Start by moving the kitten to wet food first. And later switch to dry food, once they have their baby teeth.

During this time, kittens will start biting and tearing the nipple of their bottle, which is how you know their teeth are strong enough for semi-solids. Remember to feed them high-quality kitten food that meets their nutritional requirements.

Kittens should be fed wet food for the fourth week. And towards the end of the week or starting of the fifth week, some dry food should be introduced along with the wet food to help them get accustomed to it. If they have trouble with the dry food, then provide it moistened with water until they are comfortable. By week six and seven, the kitten is ready for a dry diet, and the weaning process is complete.

Did we answer all your questions on "Weaning"? 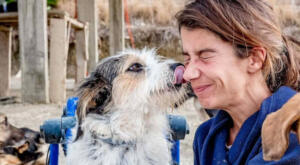 Finding a Pet Sitter for Your Dog with a Disability 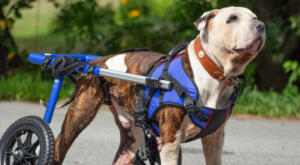 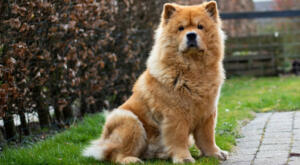 5 Chow Chow Health Problems to Look Out For 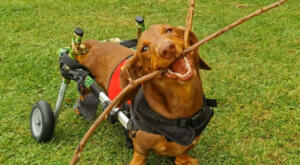 5 Signs Your Dog Has IVDD