Like humans, dogs can suffer from seizures, too. Unfortunately, they’re not always obvious.

That’s because there are many different types, depending on the cause. Medical experts now believe that seizures aren’t a disease, so much as a sign of something wrong. It’s a symptom rather than a disease.

Why Do Dogs Have Seizures? There is no single cause for canine seizures, but the following are known to be major factors: Although, any dog can have a seizure there are genetic markers that make dog’s a higher risk for epilepsy.

Your dog’s genetics are a major contributor to their risk of having seizures. Some breeds are known to have a greater risk of idiopathic epilepsy and the seizures they cause, including:

How to Tell If Your Dog is Having a Seizure

To answer that, we first have to get a little technical. The medical term for a seizure is “ictus” – a convulsion or some type of fit, such as uncontrollable muscular activity. This happens because something’s thrown a wrench in the brain’s normal functions. An ictus goes through three phases

During this period, your dog will start acting strangely. They could suddenly:

This can last anywhere from a few seconds to a few hours. In other words, your dog already knows something bad is about to happen and that there’s nothing anyone can do about it.

This is the actual seizure, itself, and can last anywhere from a few seconds to five minutes. One or several things can happen:

Once the seizure is over, your dog won’t recover right away. They’ll be dazed and restless. They could even suffer from temporary blindness, so expect a lot of stumbling, bumping into walls, and whatnot. Excessive drooling is also normal during this phase.

After a seizure dogs will appear disoriented and uncoordinated. Dogs may become very tired. Keeping your dog calm and relaxed is key to keeping the safe after an epileptic episode. Be patient, altered behavior and disorientation can last for an extended period of time and in some cases may last as long as 24 hours after the seizure has ended.

Caring for Your Dog During a Seizure

What do you do when your dog is having a seizure? Your instinct may be to pick up your dog or try to hold them down, but try to resist. The best thing you can do when a dog is seizing is to stand by, make sure they don’t hurt themselves, and pay attention to what’s going on. Here are a few helpful things you can do if your dog has a seizure: Dogs are very sensitive to their owner’s moods, so if you freak out, you’ll only make them feel worse. It might help to know that even if your dog goes through a grand mal seizure and looks like they’re auditioning for the canine version of “The Exorcist,” they’re not actually in pain.

The exception is if they bite their tongues. If that happens, don’t try to stop it by sticking your hand in their mouths. They could bite you without meaning to or even knowing they’re doing it. Nor should you worry if they start foaming at the mouth. They’re not suffering from rabies – it’s just the seizure.

They could be hallucinating, mistake you for someone unfriendly, and attack.  If your dog is having a psychomotor seizure, stay away until the seizure is over and your dog has had time to become aware of their surroundings. 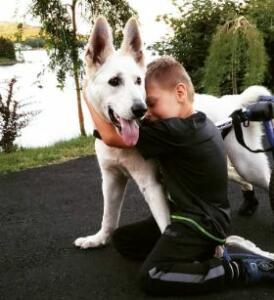 A grand mal seizure needs a lot of TLC on your part, so gently hold and comfort your dog till it passes. Keep them away from sharp and hard objects so they don’t hurt themselves and try to cushion their heads. They’ll be confused upon recovery, even temporarily blinded, so keeping them away from stairs is also a good idea.

It will be challenging but try to time the seizure if you can. If the seizure lasts for two to three minutes, your dog’s going to suffer from hyperthermia (overheating). If that happens, use cold water or apply wet towels to their groin, neck, paws, and head to cool them down. Isolate Other Pets from Seizing Dog

If you have several dogs, keep them away from the one that’s having a seizure. When in a pack, dogs are programmed to attack injured animals because that’s how their ancestors survived for goodness knows how long. Physically separate your other pets, until your dog’s seizure has ended.

A seizure that lasts longer than five minutes can be fatal. That’s a sure sign of status epilepticus. If your dog does survive, it could suffer from permanent brain damage, so you have to get them to the vet ASAP.

A single seizure isn’t something to worry about, usually; but if your dog has several of them (called cluster seizures), that’s bad. The Veterinarian will want to know how long the seizure or seizures lasted so they can have a better idea of the problem.

Medication is usually only given in a few instances:

In such cases, your dog will be given an anticonvulsant (something that prevents convulsions) – usually phenobarbital or potassium bromide. If that happens, then it’s for life.

Studies show that if a dog starts on anticonvulsants then stops taking them, they run the risk of getting more severe seizures in the future. Your final job, then, is to make sure they stay on their meds for the rest of their lives. Your pooch will thank you for it.

Chelsie a senior editor for doglab.com. When she’s not writing about dog related articles, she is busy taking care of her three adopted pups, Poppy, Lola and Molly.

Did we answer all your questions on "Epilepsy"? 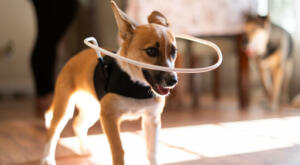 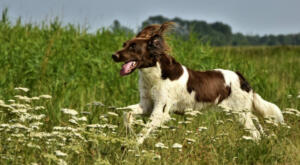 5 Reasons Why Your Dog Should Take a Joint Supplement 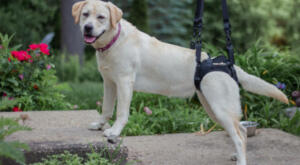 Why Using the Stairs is a Challenge for Dogs with Arthritis 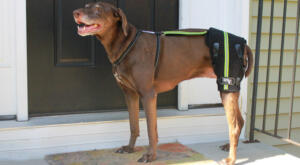 Does My Dog Have Hip Dysplasia?